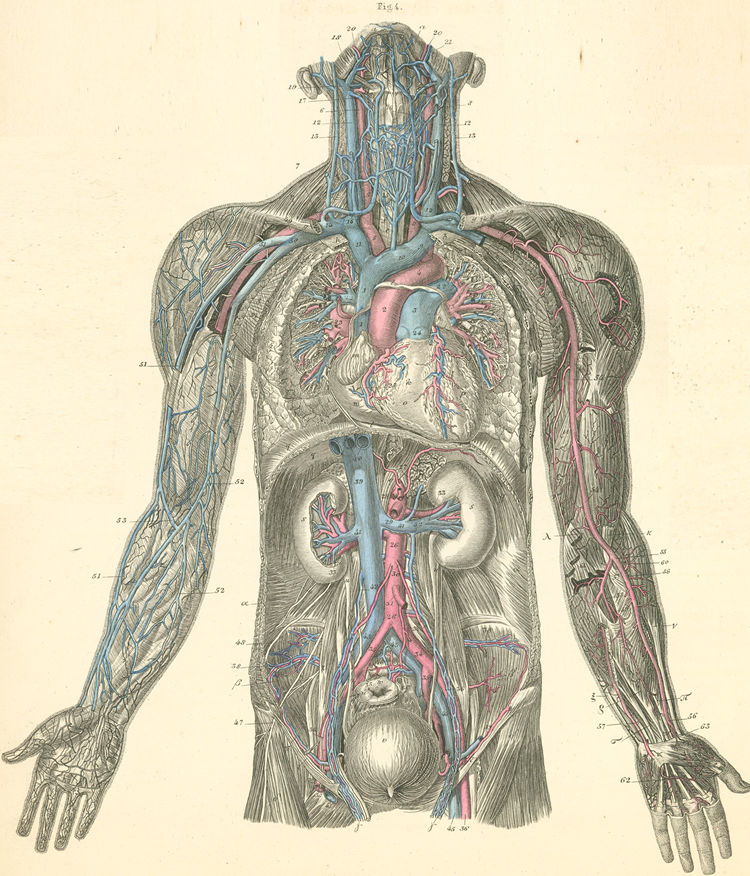 - Canulation Technique:
- pt to be well hydrated and sedated -
- shoulder blades are thrown back on a towel roll placed beneath spinal column, thereby throwing clavicles backward;
- pts head is neutral and T berg position of 15 deg;
- local infiltration w/ No. 22 needle w/ lidocaine, especially into the periosteum of the clavicle;
- local the left subclavian vein w/ a No. 22 gauge needle;
- have introducer needle present inorder to retrace path;
- ensure that the needle is kept no more than 10 to 15 deg from horizontal;
- subclavian artery, lung, and brachial plexus are all posterior to subclavian vein; if the vein is not cannulated, at least the other structures will not be hit

The deltopectoral triangle as a landmark for percutaneous infraclavicular cannulation of the subclavian vein.