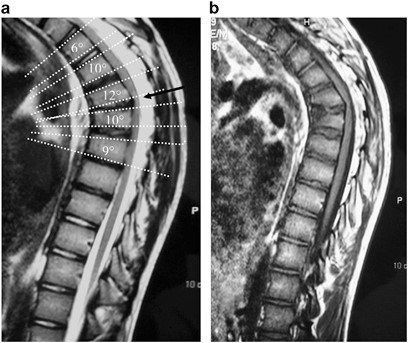 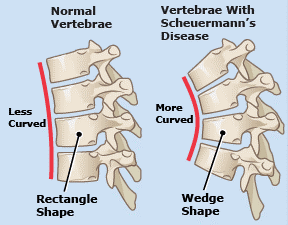 This is a case of Scheuermann’s Thoracolumbar Hyperkyphosis treated by posterior spinal fusion with pedicle screws and rods.

Note the kyphosis has been reduced 40 degrees and there is a decrease in compensatory upper thoracic and lumbar hyperlordosis following surgery.

The low apex was normalized to the mid-thoracic spine following surgery. 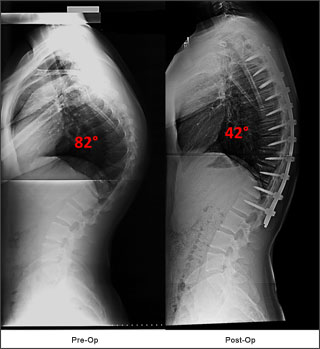 The patient below had a mid-thoracic hyperkyphosis. Harmonious restoration of the kyphosis to the high normal range was performed to match the patient’s pelvic incidence and PJK was avoided. 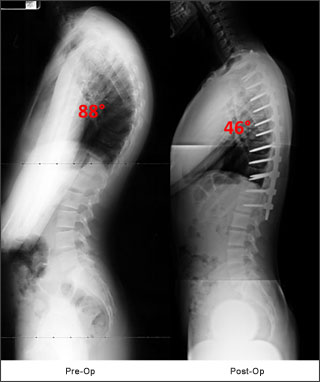 Treatment Options Past and Present: